Betrayal of a Loyal Ally – The Kurds 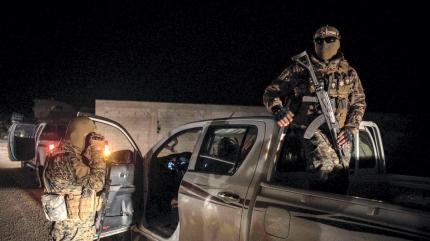 I see no other way to view what President Trump has done, or not done, in response to Turkey’s invasion of northern Syria – than a cowardly betrayal of a loyal friend and ally in the fight against ISIS. I’ve heard that as many as 11,000 Kurdish fighters were killed in the bloody fight to drive ISIS forces out of Syria and now, they have been abandoned to fight a much a stronger enemy to the north. For years Kurdish forces, with the support of the United States military, led the bloody fight against ISIS. Now, it looks like in a phone call between President Trump and President Erdogan of Turkey, President Trump gave his okay for Turkey forces to invade northern Syria and attack Kurdish forces there. In further betrayal the President announced publicly that American forces would not intervene and ordered the few remaining American military personnel to abandon those areas where the Turks were expected to attack.

How far Turkey will go in its incursion into Syria to weaken the Kurds is not known at this point. President Erdogan says he merely wants to clear a neutral zone in northern Syria, but the way he goes about that will make all the difference. I expect the Kurds to mount a strong resistance against the heavily armed Turks, and that will mean heavy Kurdish losses. We know already that Kurdish women and children are on the run and that multiple Kurds have been killed. I can only hope that the horrible consequences of this betrayal of a loyal American allay will be laid where it belongs – at the feet of President Trump. Revelations in recent phone calls between President Trump and other world leaders have shown his willingness to betray his oath of office. This phone shows his willingness to betray one of our most loyal allies.