Photos
By Category     By Destination     By Guests Artists

Welcome, and thank you for stopping by Photography Central where you can always see my most recent postings about photography. I’m an amateur photographer and writer, and I like to add descriptive context to my photos to make them more enjoyable and instructive. I combine photos and discussion to describe some of my favorite places and photos, and I’ll take you along via photos and narration on some of my photo trips. Unless otherwise noted, all photos on this site belong to me and may be used only with my explicit permission. I change and add to the content from time to time – so check  back to see what’s new. I plan to post photos made by guest photographers, together with information about the photographers. The current Guests are Richard Hogge and Jim Hansen, who know their way around the techniques of good photography and where to find the best subjects – and are my friends. Some of Richard’s work can be seen here and Jim’s work can be seen here.

Photos from my Sept-Oct Visit to Utah

I spent 17 days in Utah in September and October, 2017 while visiting the five major national parks in the state. I flew into and spent a couple of nights in Salt Lake City and then drove to Moab near Arches and Canyonlands National Parks for four nights. I then drove to Torrey near Capitol Reef National Park for two nights and the on to Bryce Canyon National Park for one night. I spent five nights in Springdale which is just outside Zion National Park. Besides spending times in Zion I took several day trips to destinations in Utah and Arizona. Finally I drove back to and spent three nights in SLC before flying home. 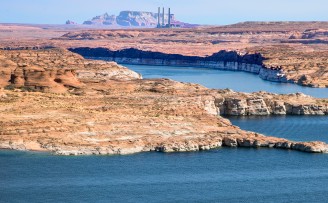 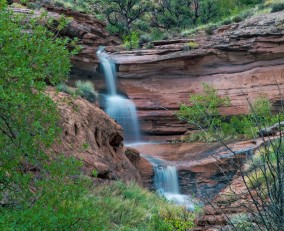 Between Salt Lake City and Moab 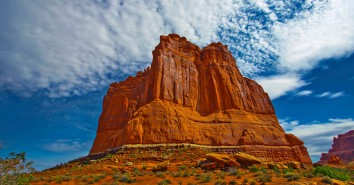